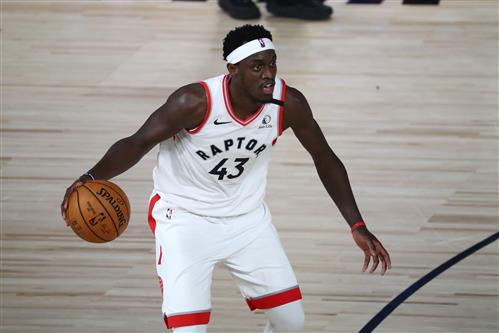 The Atlanta Hawks are a team that reached the Eastern Conference Finals during the 2020-21 playoffs, upsetting the No. 1 seeded Philadelphia 76ers in the process. Trae Young has solidified himself as an All-NBA caliber player, and some would go as far as calling him a bonafide superstar in the league.

NBA
How The Phoenix Suns Can Land Karl-Anthony Towns

A player that would improve the Atlanta Hawks with his addition is Toronto Raptors star Pascal Siakam. Here is a trade package that would potentially provide great benefits for both teams.

The Toronto Raptors Get Some Good Young Prospects For Their Rebuild

From the Toronto Raptors' standpoint, this scenario could be a great way to send Pascal Siakam to a contending team, while also getting back some great young players to develop while rebuilding.

De'Andre Hunter is a two-way wing that averaged 15.0 PPG and 5.8 RPG, and he looks like a player who could become a mainstay in the league if developed well. Hunter could become a great starting SF for the Toronto Raptors, with OG Anunoby moving up to the PF spot in this scenario.