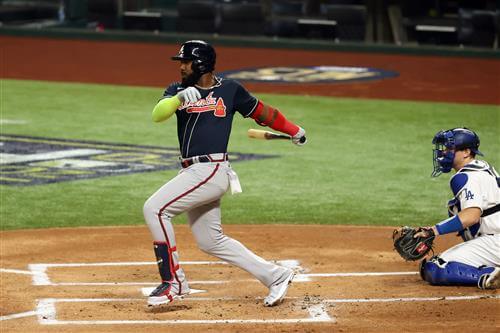 Marcell Ozuna is close to returning to the Braves. The slugger is nearing a multiyear deal with Atlanta, a source told MLB.com's Jon Paul Morosi. The club has not confirmed the deal.

Ozuna is coming off a monster season in Atlanta during which he came close to winning the first National League Triple Crown in more than eight decades (Joe Medwick, 1937). He led the NL in home runs with 18 and RBIs with 56 and finished third in batting average. He slashed .338/.431/.636.