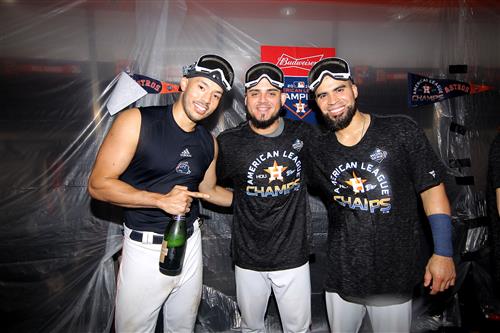 Houston Astros assistant GM Brandon Taubman looks worse and worse with every revelation that comes out about what happened in the clubhouse after ALCS Game 6.

According to NPR media correspondent David Folkenflik, Taubman was targeting a female reporter who was wearing a purple bracelet to raise awareness of domestic violence. The reporter had tweeted information about domestic violence hotlines when Osuna appeared in games for the Astros in 2018. That had prompted Taubman to complain about those tweets.