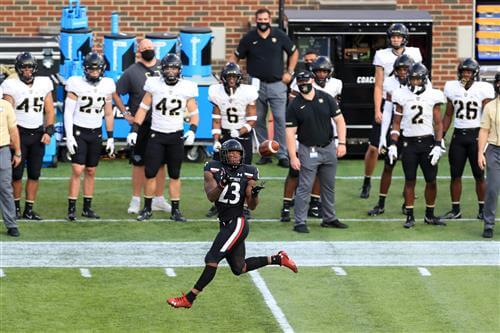 Army gave Cincinnati a tough game on Saturday, and the Black Knights were fired up about it, especially one lineman.

Coming off the field during a timeout, the lineman launched into an assistant coach on the sideline, and it appeared to knock the coach a little woozy. It was unclear if the assistant asked for a heated response from the player, but he certainly delivered. Either way, we hope the assistant is OK after the blow appeared to shake him up pretty good.