Are Alex Smith And The Jaguars A Perfect Match?
CBS Sports | Apr 19 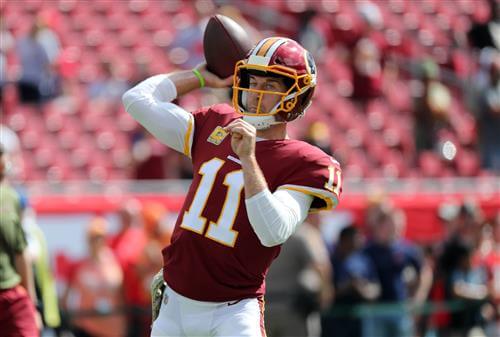 The miraculous return to the NFL by Alex Smith will never be forgotten, but after helping to keep the Washington Football Team relevant en route to winning the NFC East in 2020, his future is again in doubt. Currently a free agent after having been released this offseason, it's unclear on if Smith will call it a career or look to sign on with another club. There are several options that make sense, including playing backup to Dak Prescott for the Dallas Cowboys -- Prescott having recently noted how Smith inspired him in his own recovery from severe injury -- but the Jacksonville Jaguars want to be mentioned in the conversation as well.

Head coach Urban Meyer isn't being coy about the Jaguars "heading toward" selecting Trevor Lawrence with the No. 1 pick in the 2021 NFL Draft, but that doesn't answer the question of who'll play QB2, with Gardner Minshew reportedly being placed on the trade block. Fact is, there's not only room for Smith in North Florida, but also a lot of motivation to put him in a Jaguars uniform.

Meyer, who coached Smith at Utah, says don't rule out the Jaguars as the potential landing spot.