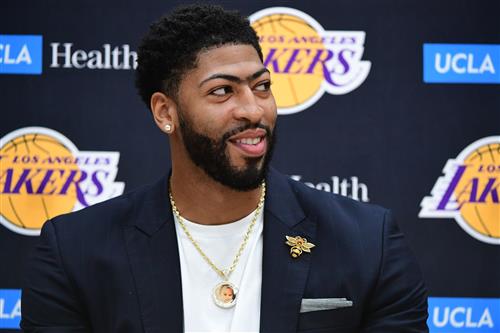 Anthony Davis just spent five months doing everything in his power to get to the Los Angeles Lakers. He finally succeeded when the New Orleans Pelicans sent him there in a blockbuster June trade, and now that he has united with LeBron James, the expectation is that he will remain in Los Angeles for years to come and retire as the latest dominant big man the team's historic lineage.

The problem? Davis is a free agent after the season, and while the expectation is that he remains in Los Angeles, that is no certainty. Rachel Nichols of ESPN asked him if he was ready to commit to the Lakers for the long haul, but he refused to do so, saying that his energy is focused squarely on winning the championship right now.

"I’m just focused on this season. I don’t know what’s going to happen. I have one year here, so I’m going make the best of this year. And when that time comes around in the summer or, you know, whenever the season’s over — hopefully, around, you know, mid-June, after we just had a parade, and I need a couple days to think — then we can talk about that. But until then, I’m trying to do whatever I can to help this team win this year.”