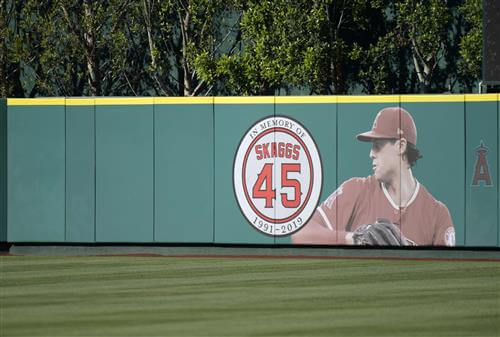 Los Angeles Angels communications director Eric Kay, who last month told U.S. Drug Enforcement Administration agents that he provided opioids to Angels pitcher Tyler Skaggs, said in a statement to Outside the Lines on Sunday that it's "time for everyone to stand up and take responsibility."

"I felt and continue to feel that it is time for everyone to stand up and take responsibility for their respective roles in this," he said in the statement issued by his attorney, Michael Molfetta. "Nothing anyone does will ever provide closure for the Skaggs family. I can't, the Angels can't, and the courts can't, regardless of what happens there. But at least I can help them 'know' instead of 'wonder.' My hope is that there is some peace in that for them."

Skaggs was found dead in his Southlake, Texas, hotel room July 1. He had oxycodone, fentanyl and alcohol in his system, and he asphyxiated on his own vomit, according to an autopsy released Aug. 30.