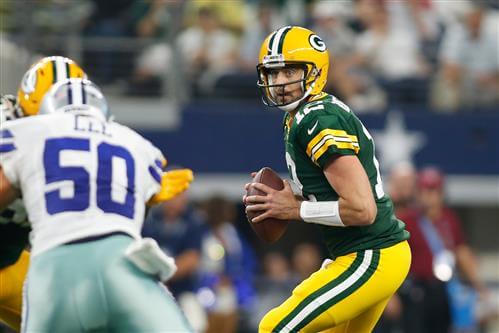 A number of factors have contributed to Aaron Rodgers' frustration with the Packers. The selection of Jordan Love in the first round of the 2020 draft, the team’s overall approach to the wide receiver position and Rodgers’ own contract situation are just a few of those factors. As Mike Florio of Pro Football Talk writes, Rodgers apparently believes Green Bay promised him he would be traded, only to renege on that pledge.

Hours before this year’s draft, veteran NFL broadcaster Trey Wingo reported (via Twitter) on the Packers’ alleged reversal, and now Florio also hears that Rodgers is under the impression the team has gone back on its word. If that really happened, his anger would be understandable, but as Florio observes, no one from Rodgers’ camp has communicated Rodgers’ belief to the Packers.

For their part, the Packers are adamant that they made no such promise to their star signal-caller, and they say that any reports to the contrary are “unequivocally false.”