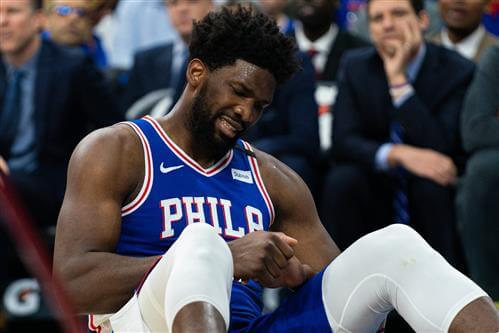 Philadelphia 76ers center Joel Embiid will miss time after suffering a torn radial collateral ligament in the fourth metacarpal in his left hand, according to Tim Bontemps of ESPN.

Adrian Wojnarowski of ESPN later reported Embiid will undergo surgery on his hand Friday and will be reevaluated in one to two weeks.

Embiid suffered the injury in Monday's game against the Oklahoma City Thunder and was already ruled out for Thursday's matchup with the Boston Celtics.