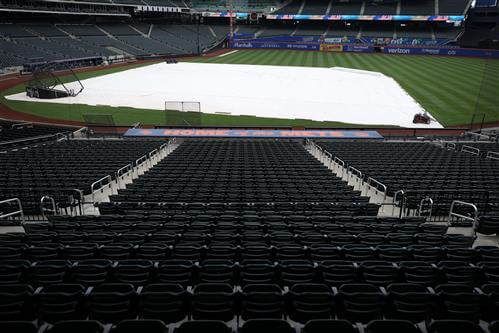 Ahead of Major League Baseball’s planned July 23 start of its season, MLB teams have been doing training camps at their stadiums (following the shutdowns of their Florida and Arizona training camps amidst surges in those states), and they’ve been conducting both intake and monitoring COVID-19 testing on players and staffers. MLB and the MLB Players Association jointly announced the results of that testing so far (from June 27-July 9) Friday, and those results include 83 different people (from 28 of the 30 clubs) testing positive.

This is not the total number of MLB players and staffers who have tested positive for COVID-19 so far, as cases like the Phillies (five players and three staffers reported as testing positive on June 19), Rockies (three players, including Charlie Blackmon, reported as testing positive on June 24), and Blue Jays (one player reported with symptoms on June 19; it’s unclear if that resulted in a positive test or not) occurred before the start of the June 27 intake screening. As for who has tested positive, not all of the names are known, but USA Today‘s Gabe Lacques has tabulated the 43 players whose tests were made public as of July 7 here.