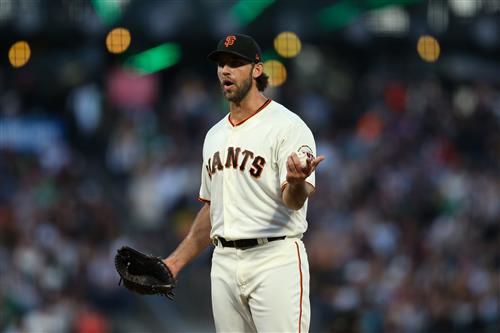 The 2019 MLB campaign is rapidly drawing to a close, with a little less than a month of the regular season left to be played.

While there's no doubting the playoffs are shaping up to be a doozy, it's also time to start pondering where some impending free agents will end up in the offseason. We can't help but picture these veterans leaving the teams they've been with since the start of their MLB careers.

We'd bet almost everything that the Washington Nationals won't exercise Ryan Zimmerman's $18 million club option for 2020. The 34-year-old has been with the team ever since it relocated from Montreal, but he hasn't played a full season since 2017, and before that, 2013. Not to mention the two-time All-Star has played in fewer than 100 games in four of the last six seasons. A breakup is inbound and it will be an emotional one.

Adam Wainwright was forever enshrined in St. Louis Cardinals royalty since his world-beating postseason out of the pen for the club when they hoisted the Commissioner's Trophy back in 2006. It appeared that 2018 would be Waino's last season with the Cards, but the organization brought him back on a one-year deal. Expect St. Louis to revamp their starting rotation in the offseason with Wainwright not being part of those plans.

Doesn't Jose Abreu's remarkable 2014 rookie campaign seem like ages ago? He literally put together one of the greatest offensive seasons by a rookie in MLB history, and has since personified an imposing bat in the White Sox lineup. However, it's significantly farfetched to think that the three-time All-Star, a free agent at season's end, will stay with Chicago's rebuilding roster that is still a few years away from competing in the AL.

When you consider that Jason Kipnis has failed to hit over .250 since the 2016 season, it just seems likely that the Cleveland Indians, if they were smart, will refuse to exercise his $16.5 million club option for the 2020 campaign.