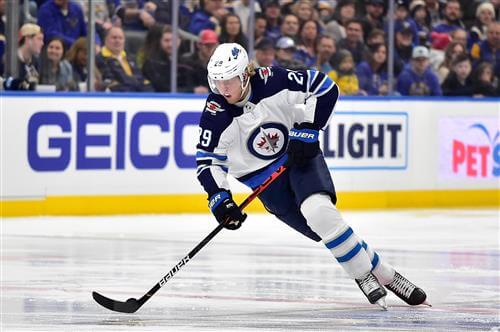 The NHL offseason's initial thrill has come and gone, but that doesn't mean the excitement is entirely over. While most of the top-end free agents have signed, there's still a handful of blockbuster trades that could transpire. The flat salary cap makes trading difficult, but we'll identify six intriguing players who could still get dealt this offseason:

Gostisbehere has fallen out of favor with the Philadelphia Flyers. He was seemingly placed in Alain Vigneault's doghouse early into the 2019-20 season and couldn't get out. The 27-year-old was a healthy scratch at times and tallied a career-low 12 points in 42 games.

The Flyers reportedly made Gostisbehere available for a trade earlier this offseason, but fellow blue-liner Matt Niskanen shockingly retired a week later. It's unclear if Niskanen's retirement means Gostisbehere may stay put. However, Philadelphia's lone addition on the back end in free agency, Erik Gustafsson, plays a similar offensive game to Gostisbehere.

Gostisbehere was a Calder Trophy finalist in 2015-16 and is just two years removed from a 65-point season, so there should be some interest. His contract - three years left at $4.5 million per season - is reasonable, too. He needs to go to a team where he can use his biggest strength: quarterbacking a top power-play unit.

The Jets were seriously considering moving Laine before the draft and free agency, and a more recent report suggested Laine's camp believes a trade would "probably" be mutually beneficial for the team and player. Laine has expressed displeasure with his second-line role in the past.

Pursuing teams would need to offer more than just prospects and draft picks. Jets general manager Kevin Cheveldayoff can't give Laine away for unknown parts. He has to get at least one proven player in return - ideally a top-six center or a top-four defenseman.

Laine is in the final year of his bridge deal, which carries a $6.75-million cap hit. Any interested teams would need to afford him this year and be prepared to hand him a massive extension next offseason. The 22-year-old is one of the most gifted shooters and already has annual 50-goal potential.