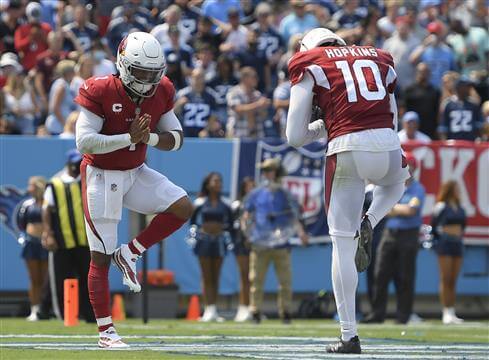 If there’s one thing less reliable than making strong proclamations about the NFL before the season starts, it’s making those same statements after one week of play. Preconceived notions of who would be dominant and who would struggle were blown open by one of the wildest, least-predictable opening weekends in recent memory.

If there’s one prevailing thought I’m left with after Week 1 of the NFL is that I’m not confident any team that lost is as bad as they showed, and nobody won in a convincing enough way that I can confidently say they’re ready for a big run. That’s extremely exciting if you’re an NFL fan, so now’s the perfect time to dive into some of the burning questions we’re left with after Week 1, and see whether they can be answered yet.

NFL
Will Daniel Jones Be The Giants QB In 2022?

What do we make of the NFC South?

Outside of the Falcons, who honestly look like one of the biggest dumpster fires in the NFL, it’s impossible to have any strong opinions about the rest of the NFC South. Obviously the Buccaneers should be regarded as the class of the division, a benefit of winning the Super Bowl — but they didn’t exactly look like world beaters in Week 1, slugging it out with the Cowboys.

Now, there’s definitely a chance Dallas really is that damn good, but giving up 451 yards of offense has to worry even the most die-hard Tampa Bay fans. There’s no reason for concern yet, obviously, but this is a trend to watch. In Week 2 the Buccaneers face the Falcons, a game they should handily, and easily demolish. If that doesn’t happen it might be time to start taking a serious look at whether this team has the power to compete.

Meanwhile in New Orleans, I can’t tell you what the hell the Saints are. Obviously they had a huge statement win against the Packers, but we all know that was in a game where Aaron Rodgers wasn’t just playing poorly, it was like he was barely playing football. I don’t believe the Saints have the firepower to demolish the NFC’s elite on a weekly basis ... but maybe they do?

Which brings us to the most intriguing matchup in the division: Panthers vs. Saints. Here are two teams who, on paper, figured to be in the league’s lower-third this season. New Orleans shocked by destroying Green Bay, while the Panthers largely did as expected by handling the Jets.

Carolina’s long-term hopes entirely hinge on Sam Darnold and the Panthers offensive line. Darnold came out playing like a world-beater against the Jets, throwing for over 250 yards in the first half. It appeared the revenge game would be in full effect, then the offense went conservative and boring, allowing the Jets back in the game and Darnold’s afternoon to finish with a whimper, not a bang. He was still solid, just not as impressive as it appeared he would be, based on the first half.

Saints vs. Panthers could go a long way to answering questions about both teams moving forward.