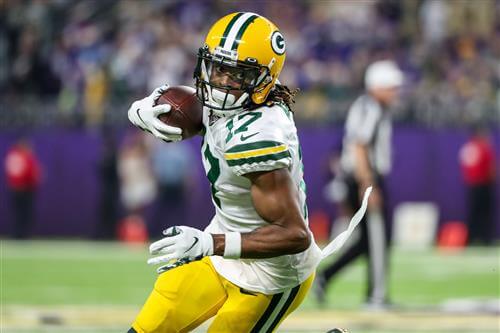 Green Bay Packers star wide receiver Davante Adams made news ahead of their season opener by indicating there’s “no chance” he will sign a contract extension here soon.

Adams, 28, is entering a contract year and has been at odds with the Packers’ embattled brass, general manager Brian Gutekunst.

Given Green Bay’s archaic stance regarding guaranteed cash, there’s a darn good chance that this thing will get ugly in-season. And for his part, Adams wants an extension that will make him the highest-paid wide receiver in NFL history. For good reason. Last season saw the four-time Pro Bowler record 115 receptions for 1,374 yards and a league-leading 18 touchdowns.

With that as a backdrop, there’s a chance that Green Bay might look to move Adams ahead of the November NFL trade deadline. It would be a way to get fair-market value rather than waiting until after the 2021 season. If so, here’s a look at five ideal trade scenarios for the star pass-catcher.

Raiders quarterback Derek Carr has recently opened up about how awesome it would be to add his former Fresno State teammate to the mix. Should Adams actually hit free agency next March, this will be one of his prime potential destinations. And in reality, the Raiders need to make a move of this ilk to save what has been a sinking ship.

From Green Bay’s perspective, moving Adams far away from the NFC would have to be seen as a goal if the team is forced to trade the All-Pro receiver. In this scenario, the Packers add a young speedster in Henry Ruggs and a first-round pick next April that could potentially be in the top-10. That’s nice value for a pending free agent.

It’s the Mac Jones show in New England. The Patriots are putting all of their faith in the rookie quarterback after shockingly moving off Cam Newton ahead of Week 1. It’s now time for Bill Belichick to think about the future and provide Jones with all the necessary weapons that he can get for the quarterback. Teaming Adams up with Kendrick Bourne, Jonnu Smith and Hunter Henry would be all sorts of sexy in New England.

In return, the Packers land a young corner in J.C. Jackson who put up a stellar nine interceptions as a third-year player in 2020. Jackson teaming up with Jaire Alexander would be the Packers’ version of the no-fly zone. Green Bay also nabs two future first-round picks to help build around moving forward.