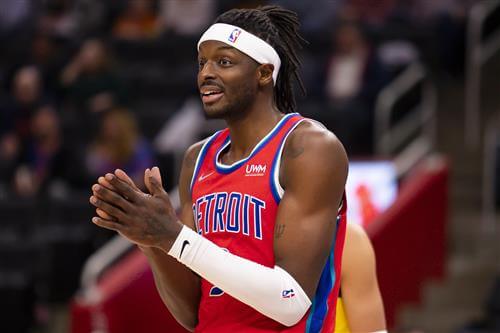 With the NBA Playoffs in full swing, most casual fans aren’t thinking about the draft yet. For fans of teams in the lottery, it’s a primary focus.

Fortunes are made and broken on draft night. For the worst teams in the league, it’s a night where they can get some clarity about their future. The hopes and dreams of their fans hinge on who they select once the ping pong balls have fallen into order.

This year’s class is certainly intriguing. Unlike in other seasons, the order at the top is unclear. Chet Holmgren, Jabari Smith Jr., and Paolo Banchero are the presumptive top three.

They’re far from set in stone. Jaden Ivey threatens their positioning, as does Shaedon Sharpe.

For that reason, we may see more movement around the top than usual. Teams may target players who are projected to land lower than their position. They’ll be open to trading down. There are precious few guarantees surrounding the NBA Draft this year.

Here are five trades that would shake up the 2022 NBA Draft.

For two teams picking directly after each other, the Houston Rockets and the Sacramento Kings are in vastly different situations.