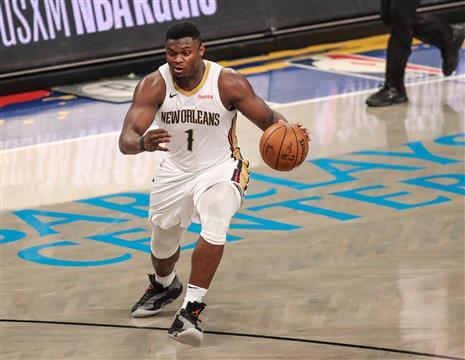 Things do not appear to be going swimmingly between former No. 1 pick Zion Williamson and his New Orleans Pelicans.

Williamson, 21, has missed the entire 2021-22 season thus far with a foot injury. The former Duke star has played in all of 85 regular-season games since New Orleans selected him back in 2019.

The backdrop here are continued rumors and reports suggesting that there’s a rift between Williamson and the fledgling Pelicans organization. In fact, there’s a chance that he’s disgruntled enough to potentially request a trade during the summer.

“The detachment Williamson has shown with the Pelicans, sources inside and outside the organization have often cited, is because of a lack of trust,” Clark noted. “Williamson and his camp didn’t trust Griffin to be truthful.”

If Williamson does indeed request a trade from the Pelicans this summer, there’s not going to be a shortage of teams interested in his services. Below, we look at four ideal trade scenarios.

Hawks general manager Travis Schlenk has been doing everything possible to find the right mix with young guard Trae Young. That includes adding and removing multiple frontcourt players as well as extending John Collins. The power forward was on the trade block leading up to February’s deadline and could very well be moved this coming summer. He’d be a great fit with Brandon Ingram in the frontcourt.

With two players in Collins and Ingram able to stretch the court from the perimeter, it would also open things up for C.J. McCollum in the backcourt. Add in Huerter as a Sixth Man option, a youngster in Jalen Johnson and two future first-round picks, and this would be a tremendous bounty for New Orleans.

As for Atlanta, it gets a true superstar to team up with young moving forward. Williamson would also mesh well with talented young center Onyeka Okongwu in the low-post. It makes too much sense for Atlanta.