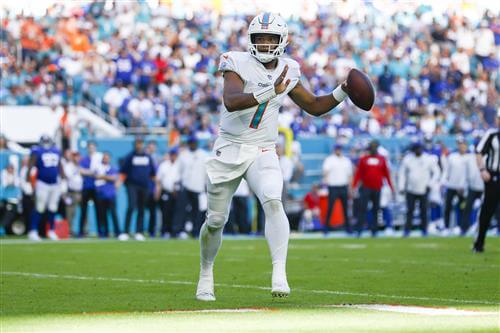 The Cleveland Browns are headed for one of the most difficult decisions in the 2022 NFL offseason. As a disappointing season comes to a close, with inconsistency from Baker Mayfield part of the problem, general manager Andrew Berry and head coach Kevin Stefanski must address the quarterback position.

Heading into the summer, many viewed the Browns as Super Bowl contenders and a lucrative contract extension for Mayfield seemed likely. He was coming off a great run to close his 2020 season and this fall would give him a shot to prove he deserves to be one of the highest-paid quarterbacks in the NFL.

Las Vegas Raiders quarterback Derek Carr is the subject of trade rumors every offseason, with the organization seemingly always wanting to find a better option. With Carr in the last year of his deal and Las Vegas potentially bringing in both a new general manager and head coach, 2022 might finally be the time the veteran quarterback moves.

He enters Week 14 ranked second in passing yards (3,663), fifth in yards per attempt (8.1) and 10th in completion rate (67.8%). The advanced statistics, via Pro Football Focus, are just as impressive. Carr is 10th in passer rating when blitzed (99.2), passer rating from a clean pocket (108.1). For Cleveland, a team with one of the highest rates of play-action in the NFL, Carr’s 114.9 passer rating also stands out.

Cleveland could explore a deal attaching Mayfield with Day 2 picks, giving the Raiders a young quarterback to take a chance on with future assets attached. As for the Browns, they can compete for the AFC with Carr under center.

Baker Mayfield gets one last chance

Keeping Mayfield remains the likeliest option. Owed a fully-guaranteed salary ($18.858 million) in 2022, the former No.1 pick wouldn’t come close to being one of the highest-paid passers in football. With the financial flexibility created by the final year of a rookie contract, Cleveland could spend on a No. 1 wide receiver in free agency.