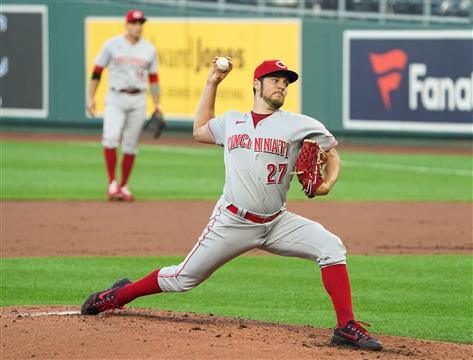 With less than a month to go until pitchers and catchers report for spring training, the top of the free-agent market is starting to move. Two of the five best players in the class have agreed to terms in the past week: DJ LeMahieu with the Yankees and George Springer with the Blue Jays. Another, J.T. Realmuto, has reportedly received a nine-figure offer from the Phillies. Add in how Marcus Stroman accepted the Mets' qualifying offer at winter's onset, and that leaves just one top-five free agent with an undefined market: reigning National League Cy Young Award winner Trevor Bauer.

In the olden time, before the offseason became a four-month slog, this would be the period of the winter where leftover top free agents would have to weigh taking a one-year deal. What makes Bauer different is that he's on record as preferring that route as a means of maximizing his career earnings and avoiding rotten situations. With that in mind, we decided to highlight three teams who could, perhaps, rise to the occasion and deliver a one-year contract worthy of a top free agent's signature.

It's worth keeping mind that this is mostly for entertainment purposes: Bauer has seemingly backed away from that thinking, and who can blame him? Look around, dear reader, and ask yourself: are the hands on the wheel my own? Are you confident enough in the answer to sacrifice security for opportunity? Or do you agree that there are existential threats abound; be it a frayed tendon, a tattered labrum, a man in tacky garb stepping to a legend in a public forum. There's a lot that can and does go wrong here, on this sometimes sad plane of existence, and a perfectly reasonable response to that is to take the fattest check that is offered and to try to stake out a little bit of happiness until the whole enterprise goes belly up.

Note that the teams are presented in alphabetical order, and that we've excluded some teams -- like the Mets and the Angels -- who have already seemingly addressed their rotation needs.

The Dodgers are reportedly "monitoring" Bauer's market. That could just be a case of a smart team doing its due diligence. The Dodgers are estimated by Cot's Contracts to be less than $6 million under the luxury-tax line, and they have apparent needs at third base and either second base or left field. Their solutions at those spots will push them into the tax, and maybe into the surtax ($20-plus million over).

The Dodgers have the financial means to go all-in, pay Bauer too, and run into the dreaded Red Zone -- that is, $40-plus million over, which triggers the steepest penalties, including draft-pick downgrading. Are they likely to do that? We're doubtful considering they haven't even exceeded the tax threshold since 2017.