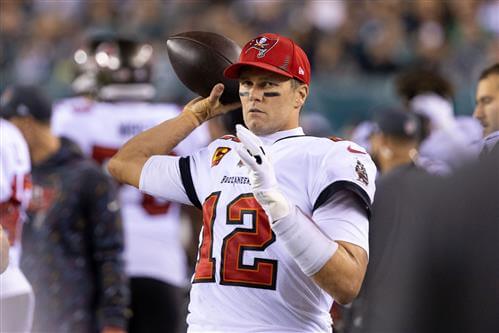 The Tampa Bay Buccaneers won a Super Bowl in Tom Brady’s first year with the team in 2020. Brady’s winning influence from the New England Patriots, as well as a stout defense, helped lead the Buccaneers to a title. Tampa Bay has dealt with a bevy of injuries this season- and their defense has proven to be more vulnerable than last year’s unit.

However, these are still Tom Brady’s Buccaneers, winners of four of their last five games and in position to secure home field advantage for the NFC playoffs. Tampa Bay possesses one of the league’s best offenses once again led by Brady, who is in the running for MVP, lead back Leonard Fournette, who while sidelined, is expected back for the playoffs, and wideout Mike Evans, who is on his way towards his eighth straight 1,000-yard campaign. While there are certainly more weaknesses than last year’s team, the Buccaneers are still in position to secure their second straight Super Bowl title.

Here are three reasons why Tom Brady and the Buccaneers will repeat as Super Bowl champions this year.

3 Reasons The Buccaneers Will Repeat As Super Bowl Champs

3. The defense is still good enough to win a Super Bowl

Some of the criticism that the Buccaneers defense has taken is warranted, given their poor secondary, though injuries have played a role, as the team is without seven starters, whether due to COVID or injuries. Tampa Bay will get Shaquil Barrett and Jason Pierre-Paul back, as well as defensive backs Richard Sherman, Sean Murphy-Bunting, Jamel Dean and Antoine Winfield Jr. This defense is plenty good enough to win a Super Bowl. The Buccaneers rank 10th in overall defense and ninth in scoring defense. They rank seventh in takeaways and are still just as opportunistic as they were last year. This defense could get healthy at the right time. Plus, they have something they didn’t have last year: championship experience.