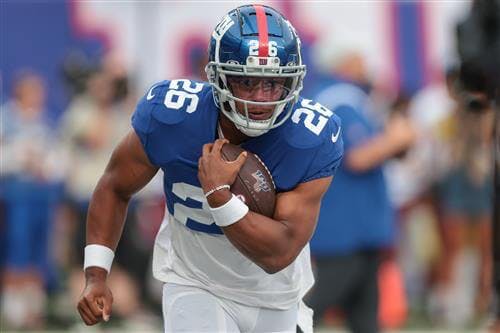 Los Angeles Rams general manager Les Snead is the single-most active individual at his position when it comes to the NFL trade market. Trades for core players such as Matthew Stafford and Jalen Ramsey headline this activity.

With Los Angeles off to a ho-hum 1-1 start to the 2022 season and facing some serious depth issues, the expectation is that the Rams will be active ahead of the NFL trade deadline. Below, we look at three options to help jump start the team heading into Week 3 against the Arizona Cardinals.

Rams pick up Isaiah Wynn from the New England Patriots

The offensive line has been a major issue for Los Angeles following the retirement of long-time left tackle Andrew Whitworth. With center Brian Allen battling through a knee injury, that’s been magnified further. Through two games, Matthew Stafford has been sacked eight times. He went down just 30 times in 17 starts last season. It’s one of the reasons Stafford heads into Week 3 leading the NFL with five interceptions.

An impending free agent, Wynn has been the subject of trade rumors in New England. Trent Brown took over starting left tackle duties to open the 2022 season, moving Wynn to the right side. With an ability to play both guard and tackle spots, Wynn would be a great addition for Los Angeles. Back in 2020, Pro Football Focus graded the former first-round pick out as the 11th-best tackle in the NFL.