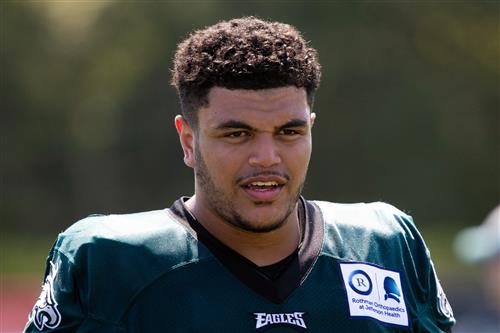 The Philadelphia Eagles seem to be set at the tackle position heading into the regular season. Interestingly enough, that doesn’t include 2019 first-round pick Andre Dillard.

Various reports from Philadelphia this summer conclude that fellow youngster Jordan Mailata has the edge to start at left tackle with Lane Johnson entrenched on the right side in front of Jalen Hurts.

According to Jeff McLane of The Philadelphia Inquirer, multiple teams have inquired with Philadelphia about the availability of Dillard.

Still only 25 years old, Dillard was the No. 22 pick of the Philadelphia Eagles back in 2019. He appeared in all 16 games (four starts) as a rookie before missing the entire 2020 campaign due to a torn pectoral muscle. There’s certainly going to be a lot of interest in the Washington State product’s services should Philadelphia look to move on from him. Below, we look at three ideal trade scenarios.

Ben Roethlisberger is about the least-mobile quarterback in the entire NFL. As the two-time Super Bowl champion hits the twilight of his career, there’s also a ton of issues in front of him a long Pittsburgh’s offensive line.

Right now, third-year player Chukwuma Okorafor is slated to get the call at left tackle with Zach Banner and Joe Haeg competing for the right tackle spot. After losing Pro Bowler Alejandro Villanueva to the division-rival Baltimore Ravens in free agency, this has become a major need. Perhaps, Pittsburgh offers up a third-round pick and change to make this work.