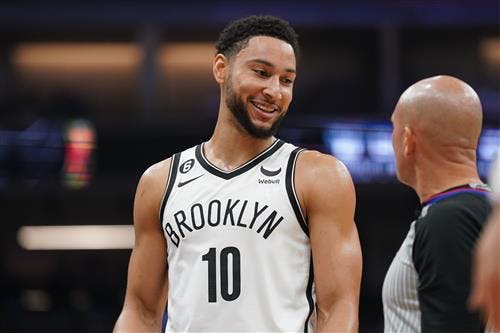 The Ben Simmons Era in Brooklyn is not going well. The 2015 No. 1 overall pick has already missed a third of the Brooklyn Nets games (5/15), and when he does play, it’s not pretty. Simmons is averaging career lows in minutes (26.6), points (5.8), rebounds (6.1), assists (5.6), steals (1.1), and blocks (0.5). A Nets trade involving Simmons would probably be best for all involved. The Nets need to win games now, and the pressure of being on a supposed contender with superstars like Kevin Durant and Kyrie Irving in the New York media market isn’t ideal for Simmons getting his career back on track. So, what are the best Ben Simmons trade destinations for the player himself? That’s what we’ll look at here as we rank the best fresh start destinations for the Nets star.

One of the best things for Ben Simmons in 2022 would be to get him out of the white-hot spotlight of the big city, Northeast media. After starting his career in Philadelphia and trying to restart in Brooklyn, Simmons could use some time in a place without reporters breathing down his neck at every step.

A Ben Simmons trade destination that fits this bill is the Charlotte Hornets.

Charlotte is in the bottom third of the league in terms of media market side, so the locker room is decidedly quieter than in Brooklyn or Philadelphia. And since the Hornets are 4-12 and in 14th place in the East right now, it’s not like the national media is banging on the door.

A Nets trade of Ben Simmons for either Gordon Hayward straight up or Terry Rozier and Mason Plumlee would work from a financial perspective. The deal the Nets pick, though, matters less than what it will do for Simmons’ career.

LaMelo Ball has only played two games this season and is out again with an injury. That means Michael Jordan’s franchise is about to (if they haven’t already) give up the season, tank for Victor Wembanyama, and plan for 2023-24 and beyond.

This is an ideal ecosystem for Simmons to work his way back to NBA form with barely anyone watching.