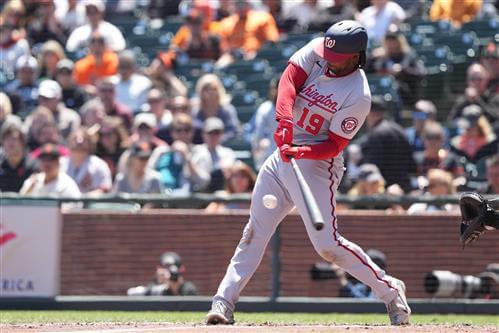 As always, this year’s trade deadline will prominently feature many players who will be eligible for free agency after the season.  Here’s a look at 10 rental hitters off to strong starts who could be available in trade.  All of the teams included in this post currently feature playoff odds below 35%.

Josh Bell, Nationals: 178 wRC+.  Off to a blistering start, Bell has sliced his strikeout rate to less than 10% in the early going.  There’s a strong chance the Nats send him to a contender this summer.  The Twins would make for a nice fit.

Xander Bogaerts, Red Sox: 157 wRC+.  There’s little question Bogaerts will opt out of his contract after the season, but the 10-19 Red Sox at least have a fighting shot at the playoffs this year (FanGraphs gives a 21.8% chance).  If the team fades further, it’ll make sense to put Bogaerts on the market.  However, Bogaerts has full no-trade protection, so he controls his fate.  The Angels and Cardinals could make for good matches.