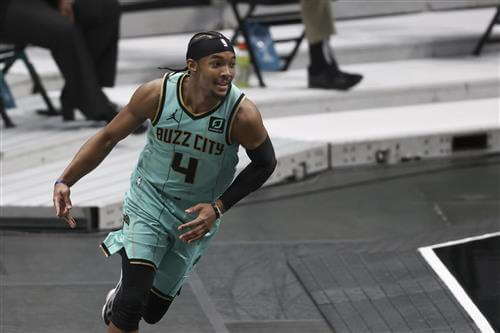 Every NBA free agent wrestles with the same decision each summer.

Should I stay, or should I go?

For some, they could spend all season pondering the inquiry and still fail to find a clear response. For others, it's a lot more obvious.

The following 10 players should all be in the market for a scenery change this offseason. Their reasoning might be different—bigger role, more money, better chance at winning—but they should be united by a desire (or at least an openness) to take their talents elsewhere.

While DeMar DeRozan joined the Spurs as a four-time All-Star and never earned a selection over three seasons in San Antonio, he is a more complete player for passing through the program. No, they couldn't work their magic with his three-ball—and didn't try; he took fewer threes for them than he did for the Toronto Raptors—but they still leveled him up as an efficient scorer and table-setter.

But some suitor far closer to contending than San Antonio should reap the rewards of this new and improved DeRozan. They'll likely pay a fortune to do it, too, since he's the best wing on this market not named Kawhi Leonard.

This offseason affords a clean break into a new era for the Alamo City, as DeRozan is one of several high-priced vets heading to the open market. As such, the Spurs should be ready to fully lean into their youth movement, while DeRozan should be seeking greener pastures with better win-now chances.

The veteran swingman plans to take a "wide open" approach to free agency, per The Athletic's Sam Amick and John Hollinger, as he should. DeRozan can send the Spurs a "thank you" note for their developmental work with him, but that should be the extent of his offseason involvement with the franchise.

We told you a new Spurs era was on the horizon, right?

Like DeRozan, a fellow mid-range master who previously hooped up north, Rudy Gay made the most of his three-year tenure in San Antonio. His highest-ever field-goal percentage came in a Spurs uniform. Ditto for his personal-best rates from three, from two, in effective field-goal percentage and at the stripe.

But, again, he should take those lessons learned and apply them to a team in closer proximity to success. The Spurs might have been the Association's gold standard for consistent greatness, but it's now back-to-back seasons without a playoff trip after securing a spot in each of the previous 22 campaigns.

Gay shouldn't have trouble attracting win-now suitors. He can help steer a second-team attack and complement stars as a reliable three-point threat (38-plus percent in two of the past three seasons) and workable flexibility on defense. He can assist in a championship chase—just not in San Antonio.