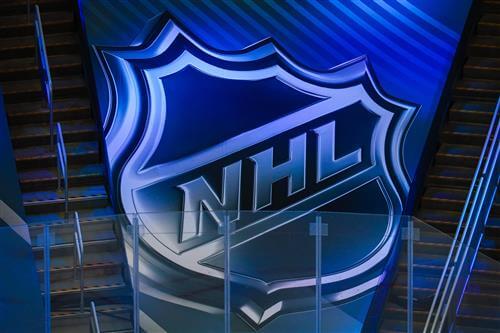 It's an unalienable truth about the postseason: You can't win it if you're not in it.

So, for the 16 teams who entered Monday night's games in position to earn entry to the Stanley Cup playoffs, that's the priority. Finish the season strong, clinch your playoff berth and go from there.

But it's not all that matters.

Once the tickets are punched and the brackets are set, rest assured there will be some teams feeling a bit more angst than others based on the opponents they've drawn. Because, after a season of exclusively intra-divisional play, the numbers don't lie.

Match up with a team you've handled more often than not and it's a clearer path to the second round and beyond. But find yourself sharing the ice with a foe who's topped you in every conceivable metric and expect a few sleepless nights between now and game time.

The B/R hockey writing team dove headlong into that pool of imminent drama and composed a list of teams that each Cup contender—based on Monday's pre-game standings—least wants to see when the playoff pucks are dropped later this month.

Click through to see what we've come up with and be sure to drop a thought of your own in the comments.

Carolina Hurricanes: Tampa Bay Lightning (because they're the champs)

OK, we're channeling Ric Flair here: "To be the man, you gotta beat the man."

And though the Carolina Hurricanes have gone about doing that quite well in the regular season, running up a plus-.500 record against every divisional rival thus far, there's still some ground to cover.

In order to escape the Central Division battle royale and reach the league's final four, there's a pretty good chance the Canes will have to take out the Lightning. They've won four of seven in regulation and grabbed a point against them in an eighth game, but it'll be a totally different animal in an elimination scenario.

Like Carolina alongside them, the Lightning have fared well enough against each team in the Central this season and they'll enter the tournament with the street cred reserved for defending champions.

But Tampa Bay hasn't looked like, well, Tampa Bay, when it has played the Florida Panthers.

In fact, the Lightning had split six games with coach Joel Quenneville's team entering Monday night, and the 3.67 goals per game they've allowed is their highest rate against any Central foe. Florida scored 12 times while winning two of three games from Feb. 11 to 15, but got past three goals just one time in three tries through their most recent meeting on April 17.

The teams will end the regular season together in suburban Miami on May 8 and 10.

Let the record show that the Panthers began their season series with a 4-3 OT win over the Hurricanes on Feb. 17 in Raleigh.

But it hasn't gone so well since then.

Florida has finished on the correct side of the scoreboard just once in seven subsequent games against Carolina, losing six in a row (four times in regulation) before finally breaking back through with a 4-3 OT win on April 24 at home. Leading scorer Jonathan Huberdeau has eight points in those eight games, including three points across the two most recent contests on April 22 and 24.

To say Nashville has had a devil of a time with Carolina this season would be something of an understatement. In fact, no would-be playoff team has been any more inept against another potential playoff rival than the Predators have been against Carolina.

Six games thus far have yielded a single point for Nashville, courtesy of a 3-2 OT loss in Raleigh on March 9. Beyond that, it's been a throttling to the tune of seven goals for and 20 goals against, by far the lowest scoring rate the Predators have produced against any of their six Central opponents.

The teams will finish the season in Nashville on May 8 and 10.