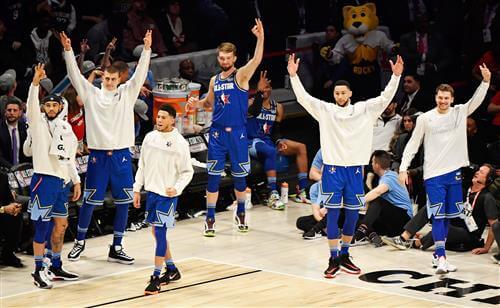 Despite the cancellation of the traditional All-Star Weekend festivities, the NBA is still trying to put together an All-Star Game for the 2020-21 season.

According to Adrian Wojnarowski of ESPN, the NBA and National Basketball Players Association are discussing the possibility of holding an All-Star Game in early March. Atlanta is being eyed as a possible site to play the game, with March 7 as a preliminary date. That would put the game in the middle of the already scheduled midseason break.