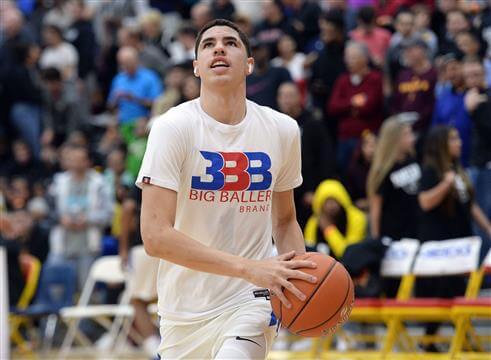 LaMelo Ball's representatives are reportedly negotiating a sneaker deal as he prepares to enter the 2020 NBA draft.

According to ESPN's Jonathan Givony, Ball was not seen wearing any Big Baller Brand merchandise during the recent NBL Blitz preseason tournament in Australia, but he did don some Nike gear.

Ball's camp has reportedly already been negotiating with multiple brands, and it isn't yet clear which shoe he will wear in the NBA.

Ball's father, LaVar Ball, was highly involved when LaMelo's brother, Lonzo Ball, went No. 2 overall to the Los Angeles Lakers in the 2017 NBA draft. LaVar also made Lonzo the face of Big Baller Brand, but the company has enjoyed minimal success, and Lonzo has since moved on from BBB.