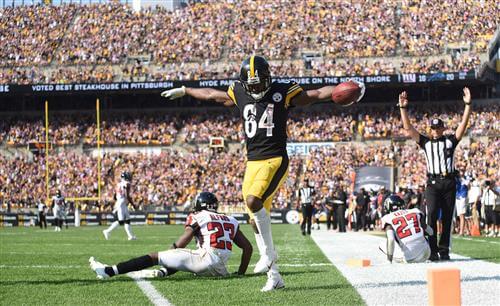 Wide receiver Antonio Brown's meeting Thursday with the NFL to address the sexual assault allegations he faces lasted about eight hours, and there could be follow-ups before a decision is made, a source told ESPN's Josina Anderson.

The meeting took place in Florida. Brown has denied the allegations.

The NFL had three representatives at the interview, which was led by Lisa Friel, the source said. Friel is the Senior Vice President/Special Counsel for Investigations for the NFL.

The source said Brown felt it went well, and that he was responsive to the NFL's questions.