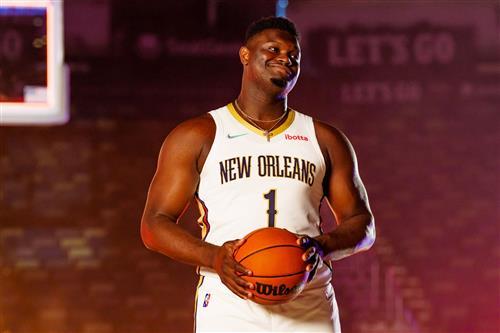 It’s getting harder to ignore the echoes from Pelicans seasons of the past that are starting to reverberate around this year’s team.

New Orleans is heading into the year with immense pressure to push for a playoff spot in the grueling Western Conference. Anything less could negatively affect the futures of their young superstar and the leaders of the front office.

This certainly isn’t a position the franchise is unfamiliar with.

The failures of those past teams have left fans pessimistic about things changing anytime soon in the Crescent City, and the baggage this current regime brings to the table hasn’t helped matters.

Things only got worse on Monday when first-year coach Willie Green confirmed that his young star, Zion Williamson, hasn’t started running or participating in team activities as he continues rehab from a broken right foot suffered during the offseason.

Pelicans vice president of basketball operations David Griffin dropped the shocking news of Williamson’s injury at media day on Sept. 27, months after the All-Star underwent surgery to repair the fracture.

Despite the grim news, Griffin claimed with confidence that Zion was progressing well, and the plan was to have him ready for the regular-season opener against Philadelphia on Oct. 20.