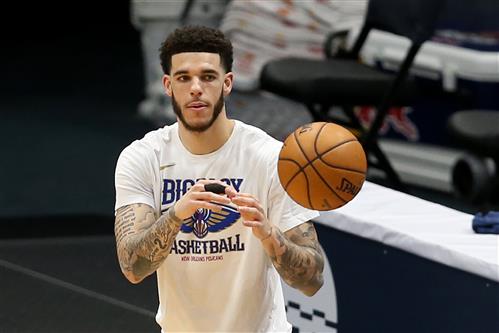 The Golden State Warriors were surprisingly inactive leading up to the March 25 NBA trade deadline. For some reason, general manager Bob Myers and Co. opted to largely stand pat as Golden State vies for a playoff spot moving forward.

Fast forward less than two weeks, and the Warriors find themselves at 23-27 and as the 10th seed in the Western Conference — clinging to the final play-in spot in the process. Having lost seven of eight, Golden State has also hit a rough patch. That included an humiliating 53-point loss to the Toronto Raptors late last week.

We now have some more information on the Golden State Warriors’ inactivity at the NBA trade deadline courtesy of former center Andrew Bogut.

“I have it on good authority that they had an offer actually for Lonzo Ball and I think a throw-in, a pick, for Oubre and the Warriors turned it down funnily enough, but I thought that was a pretty good deal to shed some salary and get a pick back,” Bogut said on his Rogue Bogues podcast.

So, let’s get this straight. The Warriors were offered Lonzo Ball and a draft pick for an impending free agent in Kelly Oubre who might not fit into their long-term plans?