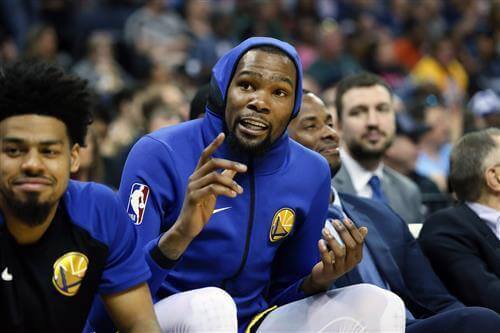 Thursday on Get Up, Brian Windhorst brought up another layer to the Kevin Durant free agency saga that has not been talked about in the media. Windhorst said something that has been discussed is a scenario in which the Warriors would sign Durant to a five-year deal, $57 million more than he can get elsewhere, and work out a “delayed” sign-and-trade. This would put the long-rumored New York Knicks in position to acquire him.

There is a lot going on here. It would certainly be a win for Durant if he intends to sign with another team like the Knicks. Under this scenario, he would go to the team he wants and not have to give up the extra year and $57 million. With his Achilles injury, it’s going to be much harder to turn that down, which has led to many believing he would just end up staying with the Warriors. It’s hard to call losing Durant a win, but getting something for him, as opposed to nothing, is much less damaging for the Warriors going forward.