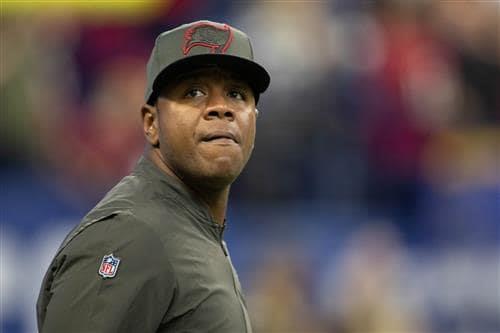 The Dallas Cowboys have suffered another first-round playoff exit, extending their streak to 25 years without an NFC Championship Game appearance. With one of the best rosters in the NFL and an impatient Jerry Jones, big changes are possible in Texas.

While the Cowboys delivered a six-win improvement from 2020 to 2021, head coach Mike McCarthy isn’t receiving the credit. NFL insider Charles Robinson shared on the “You Pod to Win the Game” podcast that many around the NFL have credited defensive coordinator Dan Quinn for the team’s impressive turnaround.

There are also questions surrounding McCarthy’s future in Dallas. CBS Sports’ Jason La Canfora reported before the Wild Card game that many people familiar with Jones believed an early Cowboys’ playoff exit would lead to the owner considering a coaching change.

It doesn’t help that McCarthy made baffling decisions and this team lacked any composure or discipline (14 penalties). All of those factors could force Jones to make a coaching change. McCarthy was the X-factor for Dallas in the playoffs and so many of his shortcomings proved costly with the season on the line. While the Cowboys might not like firing coaches they love, it’s necessary.

While it doesn’t seem to be under consideration right now based on the post-game press conference, things can change quickly in Dallas.

“I don’t even want to discuss anything like that at this particular time. That’s not on the table. The game speaks for itself.”

After being knocked out of the playoffs, let’s examine four Dallas Cowboys coaching candidates who could potentially replace McCarthy.

There are few NFL coaches Jones is higher on than Kellen Moore. The former Boise State quarterback only played in Dallas for three seasons (2015-’17) and suited up in just three games. But his time in the organization raised eyebrows. After retiring, Moore was immediately hired as the Cowboys’ quarterbacks coach. A year later, he was promoted to offensive coordinator and now calls plays for the NFL’s best offense.

If McCarthy is fired, Moore becomes the favorite to replace him. Jones signed him to a new contract in 2021 to keep him from taking the Boise State job/ The Cowboys’ owner also offered glowing praise regarding Moore becoming a future head coach.