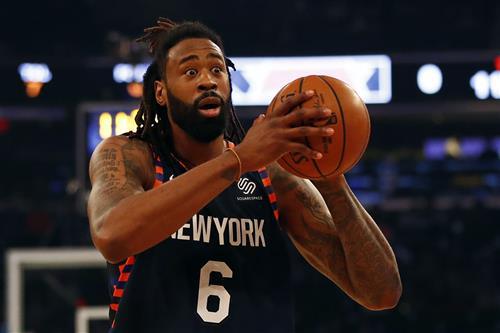 Free agency is about more than just the notable names and where they will end up. There are a number of names that are being heavily overlooked and undervalued despite being very capable players. Wherever these guys end up, they will undoubtedly be impactful additions. Names like Kawhi Leonard and Jimmy Butler aren’t the only names up for grabs this July.

Here are the top five under-the-radar, low-profile free agents of 2019:

Davis is not a flashy big man, but he does the little things that actually make a big difference. His board work is invaluable. A Serviceable defender would fit well on any team that needs size. The Nets will surely hope to retain his services, but I believe based on need teams like the Celtics and Sixers could be in the hunt for a back up big.

Davis could even thrive in a starting role. He has proven to be an irritant on the glass. The big man was a handful for Embiid in Brooklyn’s short playoff run. In 3 games against Philly, Davis averaged a solid 5.3 ppg and 6.3 rpg on 70% shooting in just roughly 14mpg.

Bogdanovic is a professional bucket getter. A guy who can score from anywhere in the halfcourt. Limited defensively, but his job is typically to score the basketball. To put things into perspective, Bogdanovic averaged a career-best 18 ppg on 50% shooting including 43% from distance and 81% from the stripe.

In the end, expect Bojan to sign in San Antonio because they are willing to part ways with DeMar DeRozan to get him. The Spurs can definitely use more shooting and Bojan fits the bill in that regard.

There are two types of centers who fit today’s NBA game. A rim runner offensively who operates within 5 feet of the basket and has great hands. The other is a stretch 5, Jordan is not the latter.