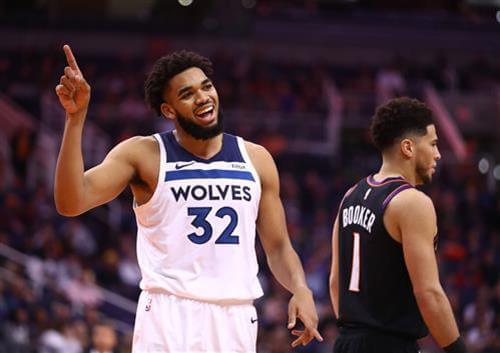 The addition of Chris Paul took the Suns to that next level and they could ion to stay there with an offseason trade. After going down in the NBA Finals, the front office could look for another big move.

The Minnesota Timberwolves will be mentioned in many deals this offseason. That is obvious given the fact that they have been near the bottom of the Eastern Conference for years now. It is time to make some serious changes to the personnel in Minnesota and it could begin with Karl-Anthony Towns.

The All-Star caliber big man is signed to a lucrative contract and the Timberwolves have been unwilling to move him. That could change at some point.

The Timberwolves have a chance to completely retool the lineup using some big names. Here is a deal that will move Towns to the Suns following the postseason.

The Phoenix Suns have a good thing going right now and Karl-Anthony Towns could be that next big addition. He was a teammate of Devin Booker’s at Kentucky and they could reunite in a deal like this.

Towns would bring star power to the frontcourt of the Suns moving forward. He would form a one-two punch for the long-term alongside Booker. Assuming that Chris Paul were to stay with the team, Phoenix would have a short-term trio that could rival just about any.

If Towns is moved, Deandre Ayton would have to be part of the package to replace him in Minnesota. Ayton has improved drastically with Paul running point. Jae Crowder and Dario Saric, along with some future draft assets.