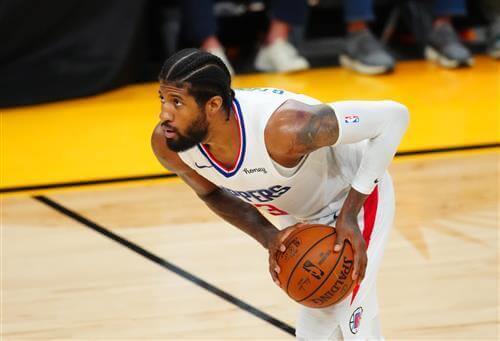 It is always disappointing when a team does not win an NBA championship. This season, the Philadelphia 76ers took that to a new level and Ben Simmons was a major part of the problem. After finishing with the best record in the Eastern Conference, the Sixers were eliminated in the second round by the Atlanta Hawks.

Joel Embiid was one of the few players to show up in the second round for Philadelphia. He turned in an MVP-caliber season and was the favorite for the award before missing some time with an injury.

The Sixers had a tremendous regular season thanks to a lineup that was finally balanced. Seth Curry and Danny Green were brought in as threats from three-point range and this proved large down the stretch. The Sixers need to win and win immediately. This is where a blockbuster trade could come into play.

The Los Angeles Clippers could be a surprise trade partner. They have been one of the top teams in the league in each of the last two years with Kawhi Leonard and Paul George leading the way. They have not been able to come out of the Western Conference and compete for a championship.

This is the ultimate goal for the Clippers. Their run was cut short this season when Leonard went down with an injury. George led them to the Western Conference Finals but no further.

Los Angeles could decide to blow it up a bit in the offseason. If this happens, here is a potential blockbuster deal between the Sixers and Clippers.

This blockbuster NBA trade scenario features two big-name superstars. Paul George would be going to the Philadelphia 76ers while Ben Simmons would be going back to Los Angeles as part of the LA Clippers. With the recent drop in value around Simmons, the Sixers would have to give up more.