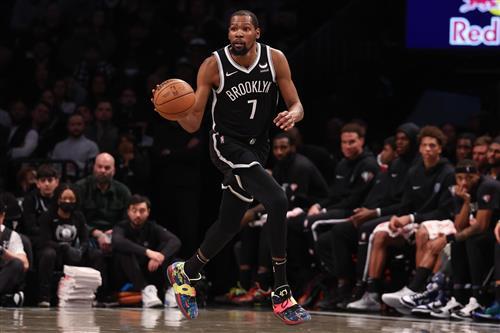 The New York Knicks are always one of the organizations that are in the mix for some of the biggest free agents in the NBA. They schedule meetings and are in all the circulating rumors, but the Knicks usually fail to land a top-tier star in the NBA. Years before their surprising run in the 2021 NBA playoffs, Kevin Durant was one of the superstars that were expected to land in New York City to play at the Madison Square Garden, but he decided to suit up for their cross-town rivals Brooklyn Nets.

The shocking decision for Durant to pair up with Kyrie Irving with the Nets could arguably be the wrong one as they have only won one playoff series over the past three seasons. After Durant’s third season in Brooklyn, he has expressed his displeasure with the organization and has demanded a trade with the Phoenix Suns and Miami Heat reportedly as his preferred destinations. As he signed a massive 4-year extension last year, Brooklyn has the leverage to trade him to the organization wherein they will receive the best package.Click here for full article