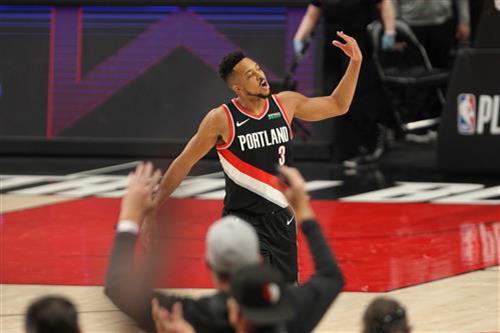 With the offseason in full swing and free agency just days away, the rumors are at an all-time high. The Toronto Raptors meanwhile will be looking to add some pieces, but they could also part ways with a key player in Pascal Siakam, who butted heads with Nick Nurse last season.

According to Jake Fischer of Bleacher Report, the Raptors have actually had discussions with the Portland Trail Blazers regarding a swap involving Siakam and CJ McCollum.

“There has also been an intriguing CJ McCollum-Pascal Siakam trade framework discussed between Portland and Toronto, though talks between the teams have yet to generate significant momentum, sources said. Rival executives believe the Raptors’ selection of Scottie Barnes seemingly reinforces Siakam’s availability for trade.”