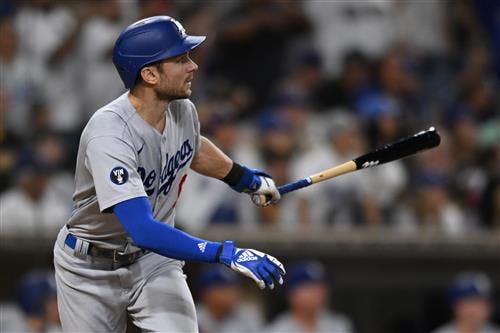 With mere weeks standing between him and a date with Major League Baseball's free-agent market, Trea Turner just made it easier to speculate about where he'll end up.

Though the Los Angeles Dodgers shortstop told Bill Plunkett of the Orange County-Register that "everything is in play" for his free agency, the Boynton Beach, Florida, native and former Washington National was also transparent about his fondness for the East Coast.

This almost certainly doesn't rule out a return to the Dodgers for Turner, a two-time All-Star who's also won a batting title and a World Series ring. But if nothing else, it's a sign that they shouldn't be expecting him to give them any kind of discount.

As for what the 29-year-old Turner might be worth in free agency, let's break that down before we get to hypothesizing about his potential suitors.

This surely bodes well for Turner, and FanSided's Robert Murray posited during a livestream in June that he might even beat what Seager got from the Texas Rangers.

But given that 2022 would be Turner's age-28 season if he was born on July 1 rather than June 30, this is basically a nitpick. There's otherwise no question that he's one of baseball's best shortstops, if not the best.

To boot, it's possible that Turner hasn't yet peaked. With the pitch clock, larger bases and limits on shifts likely to lead to more hits and stolen bases, his hitting acumen and 100th-percentile sprint speed figure to be even bigger problems for the opposition.

As such, a $300 million contract may well be in the cards for Turner. We see 10 teams that could be willing to spend that much on a shortstop, and we've ranked them according to how good of a fit we think they are for Turner.

Edman is a darn good player, but he could shift to second base if the Cardinals come to see Turner as a good fit for the $30 million payroll hole that Adam Wainwright, Yadier Molina and Albert Pujols are about to open up. They're obviously not an East Coast team, however, and a $300 million deal is nearly triple the biggest deal the club has ever done in free agency.