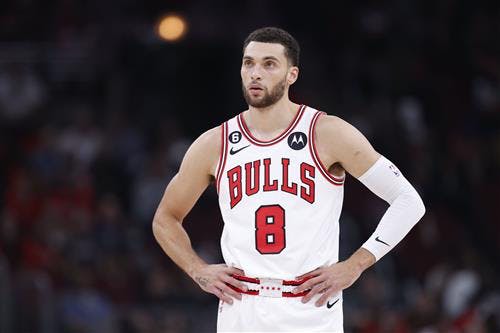 We’re a month and a half into the 2022-23 NBA season, and there is no shortage of teams who have played well below expectations up to this point.

Any conversation for “biggest disappointments” has to start with the Brooklyn Nets, Los Angeles Lakers, Miami Heat (last season’s Eastern Conference runner-ups), the Dallas Mavericks and even the Chicago Bulls — one of the top surprise teams of 2021-22.

Led by All-Star DeMar DeRozan and standout Zach LaVine, the Bulls finished with a 46-36 record a year ago to claim the No. 6 seed in the Eastern Conference. But Billy Donovan’s group has struggled to recapture last season’s magic, as they enter play on Friday with a 9-12 record.

Speaking on a recent edition of his podcast, The Ringer’s Bill Simmons offered three trade proposals for the Bulls to begin their rebuild. One of the three suggestions? Sending Zach LaVine to the New York Knicks.