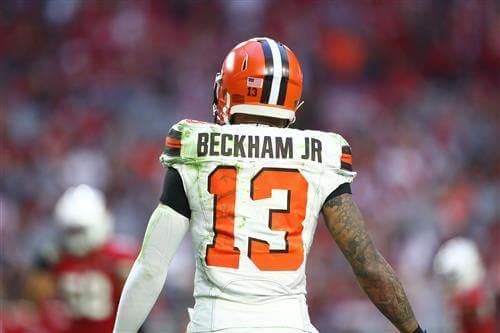 Odell Beckham Jr.’s seemingly uncertain future with the Cleveland Browns has been the source of significant trade rumors for some time.

Despite being with the Browns for only one season, the belief is that the team would be amenable to moving him if the right offer came along. Not only that, there have been whispers that Beckham may be intrigued by making yet another career move.

Adding fuel to the trade-rumor fire is a report from Kristian Dyer of Sports Illustrated. According to an NFL source, Beckham would view the Jets as an ideal landing spot should the Browns decide to trade him. The source added that while Beckham is not actively petitioning for a trade, a return to New York would be welcomed by the enigmatic wide receiver.