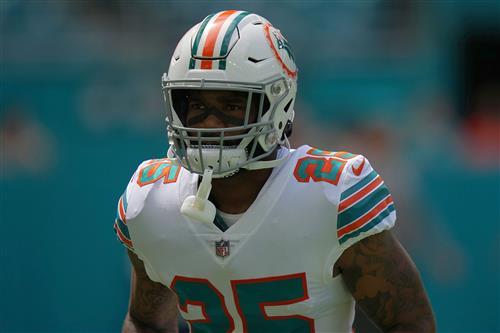 With nearly half of the 2021 NFL season in the rearview, many franchises are faced with the reality that the playoffs just aren't in the cards. For these teams, it's time to consider playing for the future instead of the postseason.

As the midpoint of the season approaches, so too does the November 2 trade deadline. For teams that aren't in the thick of the playoff race, trading veterans for draft capital and/or developmental prospects should be on the table.

Here, we'll take a look at seven franchises that should be prepared to blow things up at the trade deadline. These are teams buried in their respective divisions without the talent to make a serious late-season surge. We'll examine where these teams stand and which players could generate interest in the trade market.

Teams are listed in alphabetical order.

Was the Denver Broncos' 3-0 start merely a mirage? After the team was physically dominated by the injury-riddled Cleveland Browns on Thursday, it certainly appears that way.

Denver will have an opportunity to get back on track against the inconsistent Washington Football Team in Week 8, but Denver has lost four straight and resides in the AFC West basement. Quarterback Teddy Bridgewater—who, to be fair, is dealing with a foot injury—has cooled off considerably since the team's hot start.

Bridgewater threw four touchdowns and no interceptions during the three-game winning streak. He's since thrown eight touchdowns but has also tossed five picks. Denver's offense came into the weekend ranked 18th in yards and 24th in scoring.

One popular name in the trade rumor mill is cornerback Kyler Fuller. The two-time Pro Bowler didn't play against Cleveland and received trade interest before the start of the season.

"The Denver Broncos, armed with four good cornerbacks, received calls on Kyle Fuller and Bryce Callahan in the preseason. What they wanted in return wasn't cheap: roughly a third- or fourth-rounder, multiple teams told me," ESPN's Jeremy Fowler wrote.

Fuller has fallen out of favor in Denver, playing just two defensive snaps in Week 6 and not appearing in Week 7. He might not be as in-demand as he was before the season, but Denver's asking price has likely dropped as well.

If the Broncos continue stumbling, head coach Vic Fangio will probably be on the hot seat, and Denver could be looking at a full-on rebuild. If the team wants to get a jump on that rebuild, dealing star pass-rusher Von Miller—who is in the final year of his contract—could also become an option.

The Detroit Lions deserve a lot of credit for hanging tough with the Los Angeles Rams through most of Sunday's contest. As has been the case often this season, though, the Lions couldn't find a way to finish strong.

Detroit is the league's only winless team, and it remains the front-runner for the No. 1 pick in next year's draft.

The Lions have shown a lot of heart under new head coach Dan Campbell. However, they're not going to be contenders until 2022 at the earliest. Trading potential offseason departures now would help Detroit accumulate draft capital and/or players who can contribute next season.

The Lions were already on this path during the offseason when they dealt quarterback Matthew Stafford—a player fans got to see again in Sunday's loss. They continued down it when they released linebacker Jamie Collins in-season.

Notable Lions vets scheduled to hit the open market next spring include defensive end Charles Harris, linebacker Alex Anzalone and safety Tracy Walker III. If the Lions sense that they're not going to stick around, they should dangle them on the trade block.