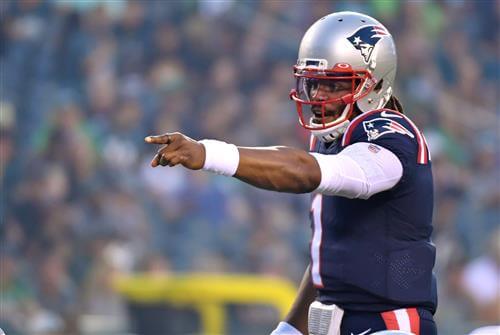 NFL cut down day is not fun for hundreds of players around the league. That took place on Tuesday, roughly a week before the 2021 regular season gets going with the Tampa Bay Buccaneers hosting the Dallas Cowboys.

As is usually the case, there were some pretty big surprises as NFL teams cut their rosters down to 53. Below, we look at the 10 biggest surprises from around the league.

Two of Chicago’s 2021 NFL Draft picks ended up not earning a spot on the team’s 53-man roster. Regardless of how this turns out, that’s not a great look for embattled general manager Ryan Pace. In addition to seventh-round pick Thomas Graham, the Bears opted to release this sixth-round selection.

A star for North Carolina during his four-year college career, Newsome recorded north of 1,700 receiving yards and 17 touchdowns over his final two seasons with the Tar Heels. He was slowed down by a shoulder injury during camp and the preseason. Let’s hope for Chicago’s perspective that he lands on the practice squad. If not, this is a wasted pick.

How often does a team move off its leading receiver from a season ago? Well, that’s the case with the Philadelphia Eagles as they look to upgrade at this position. Fulgham, 25, recorded 38 receptions for 539 yards and four touchdowns during the 2020 NFL campaign. However, he also caught a mere 57% of his targets. That could have been a sign of things to come.

For Philadelphia, it’s now clear that 2020 first-round pick Jalen Reagor will be relied on a lot behind rookie Devonta Smith on its depth chart. It’s also somewhat of a surprise that J.J. Arcega-Whiteside earned a spot on the 53 over Fulgham. The former Stanford star has recorded a mere 14 catches in two seasons and was seemingly on the outside looking in throughout the summer.

These are some very interesting comments given that Crosby is still only 25 years old and boasts a tremendous amount of upside. It’s hard to imagine why a rebuilding team like the Lions would move off someone of this ilk.

A star with Oregon during his college days, Crosby was a fifth-round pick in the 2021 NFL Draft. He started 11 games at right tackle for the Lions in 2021. Even with rookie Penei Sewell set to start at right tackle, there didn’t seem to be much of a reason to move off Crosby. That’s magnified by Sewell struggling in first-team reps during the preseason.