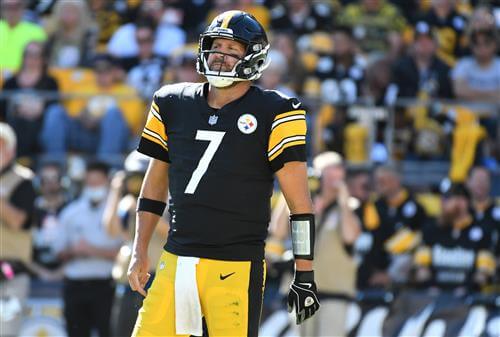 Some NFL players fail to realize when it's best to leave the game for good. Their physical skills fade before the passion to compete every week.

A player's lack of production and recurring injuries provide the telling signs, though. Based on those factors, we can see the steady decline of star players who have fallen off from their All-Pro and Pro Bowl years.

We'll take a look at six household names who have hit rock bottom in terms of production, suffered enough injuries to raise serious concerns or a combination of both. All of them should contemplate retirement at the end of the 2021 season.

In his heyday, Jimmy Graham served as a dominant red-zone threat, hauling a league-leading 16 touchdown passes during the 2013 campaign. The five-time Pro Bowler and All-Pro logged double-digit scores in four seasons, three with the New Orleans Saints and one with the Seattle Seahawks.

In 2019 with the Green Bay Packers, Graham started to see a significant drop-off in snaps, taking the field for 58 percent of the offensive plays. Last year, he had a comparable workload with the Chicago Bears but led the team in touchdown receptions (eight).

This year, Graham has played 30 percent of the snaps, and he's a non-factor in the passing game, logging two receptions for 39 yards on six targets. Cole Kmet has surpassed him on the depth chart.

Graham's contract will void at the end of the 2021 term, and the Bears have no reason to re-sign him with the recent emergence of Kmet, who recorded a career-high 87 receiving yards in Week 9 against the Pittsburgh Steelers.

Because Graham isn't a reliable blocker or viable pass-catcher at his age (he turns 35 on Nov. 24), he won't draw interest while on the free-agent market in 2022.

In March, the Indianapolis Colts re-signed T.Y. Hilton to a deal that voids in 2022. He had a decent 2020 campaign, catching 56 passes for 762 yards and five touchdowns.

Just as Hilton started to build a deep-ball rapport with quarterback Carson Wentz in the offseason, he suffered a neck injury, which required surgery. The 31-year-old considered retirement during the healing process:

"The first two days out of surgery, I didn't think I'd be back, man, to be honest with you. It was just painful. It was very painful. I hope nobody has to go through that at all. It sucks, especially not being able to play the game that I love after being in training camp so long with my team grinding and being so happy. God is good."

Hilton mentioned that he talked to former Colts quarterback Andrew Luck, who retired before the 2019 campaign, jokingly saying, "that was probably the wrong thing to do."

In Week 6, Hilton made his season debut and immediately picked up where he left off with Wentz, recording four catches for 80 yards, including a 52-yard reception. However, he hasn't been able to shake the injury bug.

Hilton missed the following contest with a quad injury and sat out Week 9 because of a concussion. He returned to action in Week 10 and caught one pass for five yards.

Since Hilton contemplated retirement this past offseason, we shouldn't be surprised if he walks away after battling through multiple injuries. Far from the four-time Pro Bowler between 2014 and 2017, Hilton should hang up his cleats.