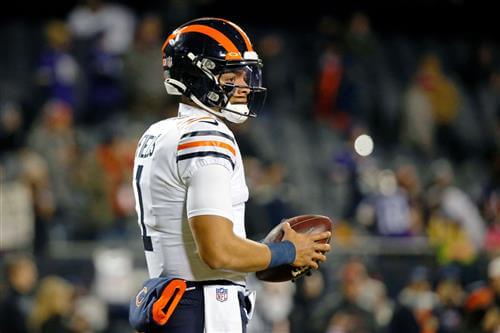 The Chicago Bears are interviewing head coach and general manager candidates to replace Matt Nagy and Ryan Pace, whom they fired January 10 after finishing 6-11, in third place in the NFC North.

According to Alex Shapiro of NBC Sports, the Bears have four coaching candidates and “several” GM candidates on the schedule. And Ed Werder of ESPN reported on January 19 that Matt Eberflus, the Indianapolis Colts’ defensive coordinator, will be brought back next week for a second interview for the head coaching job.

The Bears’ head coaching job is one of the league’s more attractive vacancies, wrote The Athletic’s Mike Sando in a January 17 column. Why? Because the Bears could use rookie quarterback Justin Fields as a trade chip.

Fields had a season full of highs and lows, showing flashes with his arm and legs while also looking like a rookie at times. He finished with 1,870 yards passing, seven touchdowns and 10 interceptions in 12 games, and he rushed for 420 yards and two scores on the ground. He also had 12 fumbles.