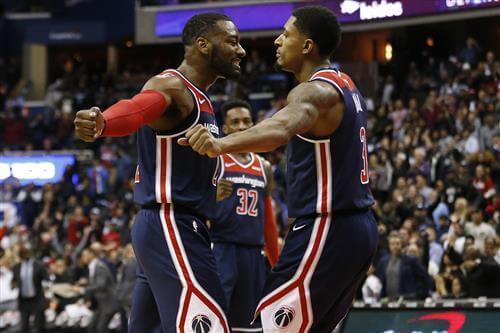 With the acquisition of Jimmy Butler, the Miami Heat got a building block towards contention. With a few more moves, they could finish what they started.

As suggested by Andy Bailey of Bleacher Report, a three-team trade between the Heat, Wizards, and Mavericks involving John Wall and Bradley Beal could be a possibility as the season draws near.

“Three-teamers are tricky. Some draft considerations may have to be thrown in there somewhere. But this would give the Heat a Wall/Beal/Butler core. And while all the Wall concerns remain, Beal and Butler would make for one heck of a top two. Plus, Jackson still has some potential as a floor-spacer. Dallas would get to reunite Dragic and Doncic, add an intriguing athlete in Jones and get a positionless mystery box in Bonga. Washington would get out of its salary-cap nightmare while still adding some long-term hope in Winslow.”