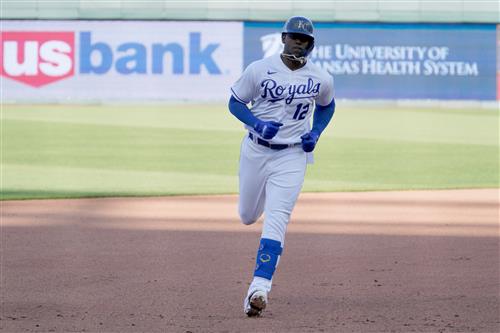 With a lockout looming, the month of November was a flurry of activity on the MLB free-agent market. Now that the dust has settled and transactions are frozen, this is the perfect time to take inventory of what's left of free agency.

With so many dominoes falling, and also the entire postseason to take into account since the last rankings were published, it's time for an updated top-25 list.

Players are ranked based on expected impact, earning potential and recent performance.

Anderson signed a one-year, $2.5 million deal with the Pittsburgh Pirates last offseason and posted a 4.35 ERA in 103.1 innings before he was traded to the Seattle Mariners at the deadline. The 2011 first-round pick finished with a 4.53 ERA, 1.25 WHIP and 134 strikeouts in 167 innings, and he's a solid candidate to chew up innings at the back of a team's rotation.

Simmons was a non-factor at the plate last year with a .223/.283/.274 line and 57 OPS+ in 451 plate appearances, but he remains a standout defender (15 DRS) at a premium position. He will be an attractive short-term stopgap for teams who miss out on Carlos Correa and Trevor Story.

Seager slugged a career-high 35 home runs and eclipsed 100 RBI for the first time in his career in 2021, but it came at the expense of his other numbers as he batted .212 with an ugly .285 on-base percentage and a career-worst 24.0 percent strikeout rate. He was still a 2.0-WAR player, but his offensive profile is not as well-rounded as it once was.