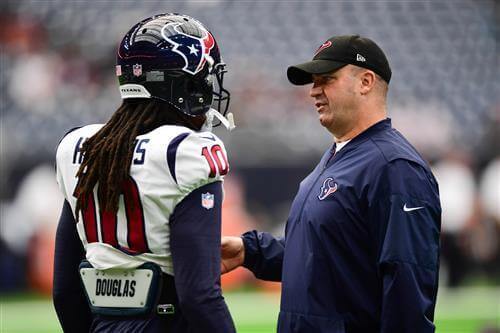 The Houston Texans were universally panned for trading away superstar wide receiver DeAndre Hopkins in what appears to be an incredibly lopsided deal with the Cardinals, and the transaction left many wondering what was going on in Houston.

During an appearance on ESPN’s Get Up on Wednesday, Michael Irvin shared the shocking details of a conversation he had with DeAndre Hopkins about the move, and Hopkins’ revelations left many in the NFL world dumbfounded. According to Hopkins, Texans coach Bill O’Brien was unhappy that Hopkins had “too much influence” in the locker room, and called a meeting with his wide receiver. In that meeting, O’Brien compared Hopkins to Aaron Hernandez, and criticized Hopkins for having the mothers of his children around.