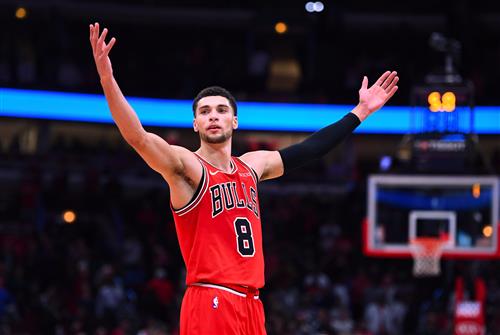 Zach LaVine is on fire right now. He is averaging 28.3 PPG and is one of the best players in the Eastern Conference this season. LaVine’s scoring output has been the only shining light for the Chicago Bulls, who are entering a very concerning run for the future. Even if the young Bulls players such as Lauri Markkanen blossom, the Bulls won’t be competing for a title anytime soon.

By acquiring the young and talented players on the Lakers roster, the Chicago Bulls can swap LaVine for future assets which put them in a position to tank and get even more assets. More importantly for the Lakers, they must compete with the Brooklyn Nets who just acquired James Harden to pair with Kevin Durant and Kyrie Irving. For the Lakers, Zach LaVine puts them over the top as the favorites in the West for the NBA Finals and guarantees equal footing with Brooklyn’s trio of stars.

Zach LaVine also made it clear that his dream teammate is LeBron James because The King’s unselfishness will elevate LaVine’s game tremendously. Here is why the trade makes sense for both teams.