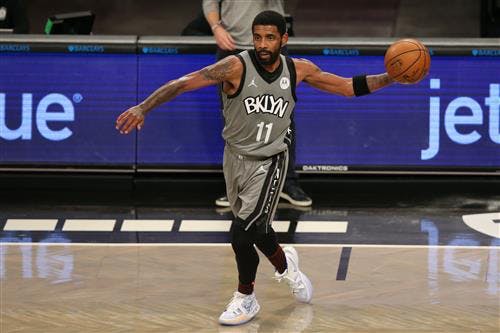 The situation with the Los Angeles Lakers and Russell Westbrook had reached a point where most people believe there is no coming back from. Westbrook being given most of the blame for LA's rotten 2021-22 season has not sat well with the guard as he continues to balk at the possibility of accepting a smaller role on the squad.

The Lakers hope Russ will come back as a defensive-minded player who is willing to spot up in the corner for open threes, but Russ may not be thrilled about the same. The Lakers have to continue exploring situations to trade Russ away, with the option to swap him with Kyrie Irving of the Nets being too attractive. It comes at the cost of 2 first-round picks, something the Lakers have been unwilling to give up for Kyrie on an expiring contract.

The Athletic's Jovan Buha is one of the most reputed Lakers insiders in sports media right now. Buha appeared on the 'Late Night Lake Show' Twitter space and updated the fanbase on the situation with Kyrie Irving, revealing that the Lakers are finally trending towards giving up the 2027 and 2029 first-round pick in a trade to acquire Irving.