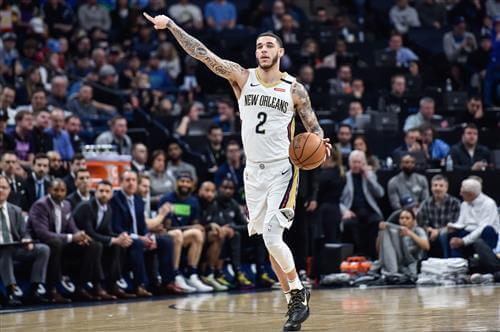 When the Los Angeles Lakers traded for Anthony Davis this past summer, they instantly vaulted themselves firmly into the championship discussion. For Lonzo Ball, Josh Hart, and Brandon Ingram, the trade to the Pelicans presented an opportunity for a fresh start. Playing for the Lakers, one of the NBA’s most storied franchises, comes with an added weight of expectations. Then when you factor in the arrival of LeBron James, arguably the most polarizing athlete of his generation, that weight gets so heavy it can feel like being submerged by Zion Williamson’s entire mass. During their lone season serving as loyal subjects to King James, all three young players experienced the highs and lows that come along with playing an 82-game season.

This season, Ingram has blossomed into an elite scorer and was selected to his first All-Star game. Hart has continued to flash the two-way ability he showed with the Lakers, playing reliable defense and knocking down open three-pointers. Ball, however, has arguably benefited the most from his move from the City of Angels to Bourbon Street.

For Ball, the trade to the Pelicans redefined his career trajectory in a lot of ways, but none were more important than getting out from the loud and often obnoxious shadow that his father LaVar Ball cast. LaVar recently found himself back in the headlines thanks to his claims that Lonzo and the Pelicans would defeat James and the Lakers in a potential first-round playoff matchup. Compared to the precedent he had set during Lonzo’s first two seasons, LaVar has remained relatively quiet this year.

For the first time in his young career, Lonzo’s play on the court has dictated the narrative in the media rather than LaVar’s big mouth.

No longer deferring touches to James, Ball has the Pelicans operating at his pace. Controlling the tempo of an NBA game is a skill that often takes point guards years to master, if they can at all. Ball has the Pelicans flying around offensively, playing at the fourth-fastest pace in the NBA. Ball’s specialty for speeding games up is his ability to deliver pinpoint long-range passes.

This clip comes after a made basket, meaning theoretically, the defense should have time to set up. Ball gets the inbound pass and launches his signature three-quarter court pass to Jrue Holiday so quickly that Avery Bradley has no time to react. The pass is in the air before any Laker has made it past the three-point line. A pass that stays in the air this long is a risky endeavor against NBA defenses; opposing players are often able to deflect long passes like this, or it can merely go awry, traveling too far or short for its intended target. Ball’s touch on passes like this one has inspired his teammates to hightail it down the court no matter the situation.